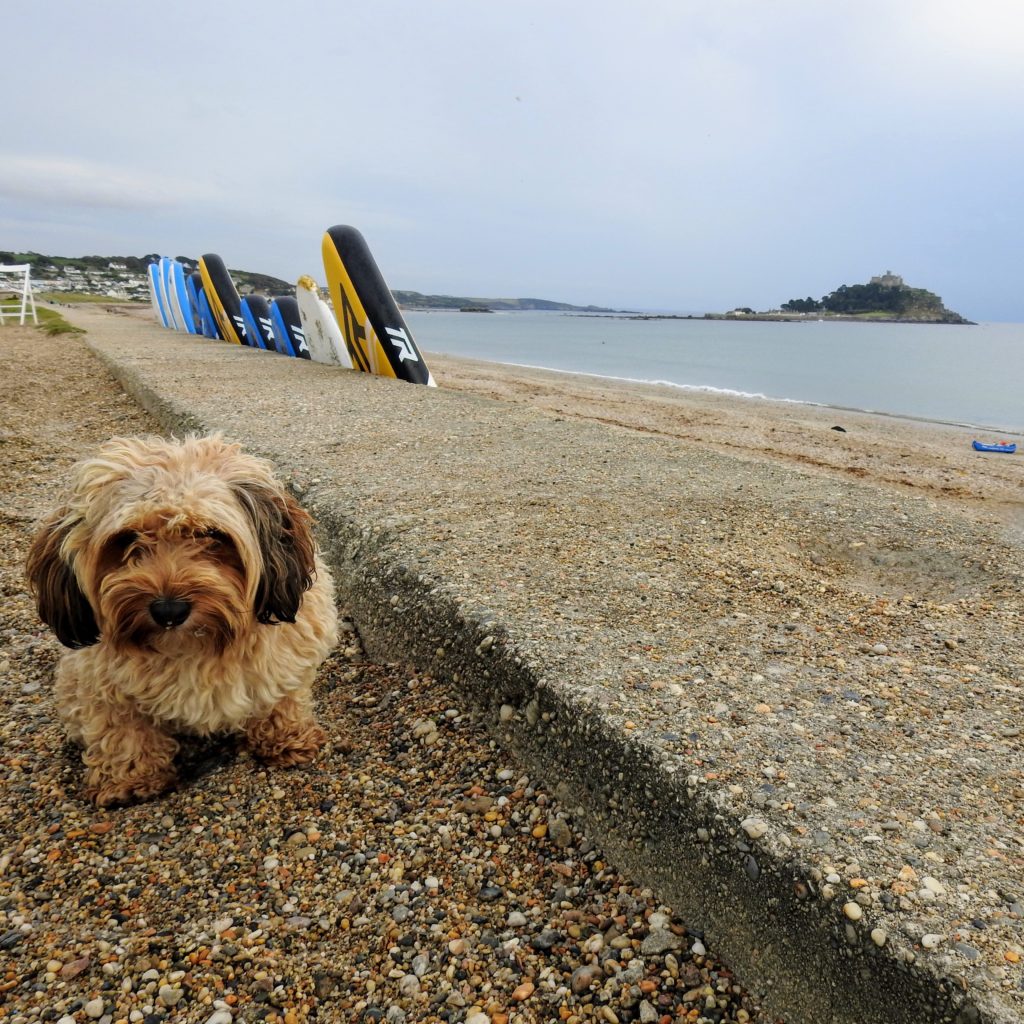 Every day he comes to the hut and suffers a dilemma, does he go on the beach or not? He’s trained not to because well there’s a dog ban over Marazion beach during the Summer and it’s easier to have a single rule than two different ones.

You can see the frustration on his little face when he looks over the wall and see’s everyone walking their dogs will nilly throughout the summer season and beyond.

After reading this article from Cornwall Live and seeing the direct flagrancy of the ban not being actually enforced I reckon it would be nice to let Lemmy roam around the beach whenever he wanted, not just in the winter months. That’s why i’m going to fill in Cornwall Councils Dog On Beaches Survey. From the Station House to Long Rock is a patch of beach rarely used for anything but kitesurfing and paddleboarding and it wouldn’t make a teeny bit of difference if dogs could walk along from Long Rock to Jordans Cafe.

I’m not saying you should agree with me, but you should definitely take a minute and fill it out anyway. Have your say,, Dogs no dogs, poop no poop, it’s up to you. But I reckon a dog friendly beach means a busier one, and a busier one means more business and visitors for everyone.

What do you think? Let me know 🙂

Hey! I'm Angus, I am a keen water sports and fitness (only so I can watersport more) enthusiast and have been all my life. I've been teaching kitesurfing for almost 10 Years now and am the founder of The Hoxton Special. I can usually be found making coffee at the school or out on the water crashing on my face.